Home » Is Coronavirus disease (COVID-19) curse to the world? No doubt God is great. When the level of evil on high then curse of God spread everywhere. Corona virus or COVID-19 is spreading anywhere from animal to animal and animal to human and human to human. How can we stop this. Is it a curse for people. There are many conceptions in people. WHO suggest people to wear continue a mast and care full about daily living like hand wash, using sanitizer, keep some distance and do not touch yourself again & again.

What is Corona virus?

This is a harmful virus which comes from China’s Wuhan market in month of December 2019. Corona virus also called COVID-19. Now three months have been passed and no prevention. It is almost a curse to the people because number of people is dyeing each day in every county. There is no antidote in the market until.

Basically, it is a type of a virus, which has many dissimilar kinds, called disease. People of china is calling new corona virus.

Symptoms of Corona Virus or COVID-19

These symptoms may take up to 14 days to come out after exposure to Coroavirus.

China and the other countries’ experts are investigating on human as well as animals. Treatments and new inventions are continue by whole country.

How you will get that are infected from this Virus?

Corona virus symptoms are cough, fever and conciseness of breath.  In initial days will not realize that you are impure from this virus but it is very dangerous and can be the reason of your death. It spread from human to human. Normally it start from simple cold due to dirty immune system.

There have been 2 other specific corona viruses that have extended from animals to humans and which have caused severe illness in humans and these are the below:

COVID-19 infections are diagnosed by a health centers and specially maintain space provider based on symptoms and are confirmed through laboratory tests.

Mosque – The prayers for some day had been stoped in the world’s bigget mosque Macca, but Saudi authorities have said worship will continue at the two holy mosques in Mecca and Medina but congregational and weekly Friday prayers at others have been suspended in an attempt to struggle the spread of the Coronavirus.

Bollywood & Hollywood – Tremendous effect of Corona Virus can be high up. Upcoming release movies, film shooting, photo shoots has been postponed and cancelled. Bollywood stops all film shootings till March 31 due to Cornovirus. There is a Positive test for Corona Virus West Hollywood Mayor John D’Amico.

The World Health Organization (WHO) has declared a pandemic over the Corona virus, which has sickened more than 191000 people in about 160 countries and territories, with 7,426 deaths as of Wednesday morning, according to the WHO. Upcoming Indian Film Festival of Los Angeles and others shooting has been postpone.

Sports – The French Open tennis tournament (May to September), 146th running of the Kentucky Derby (May 2 to September 5), The Euro 2020 soccer tournament has been postponed. IPL 2020 of 15 April and other

WWE Wrestle Mania – WWE WrestleMania 36 event out of Raymond James Stadium in Tampa has been moved. Major League Baseball has expanded the delay of its opening day, which was to have begun March 26

Schools and Colleges – Multiple schools & colleges has been shut down from this disease. Health officials & experts are currently taking steps to avoid the introduction and spread of Coronavirus into communities across the United States and the Indian Schools & some colleges. 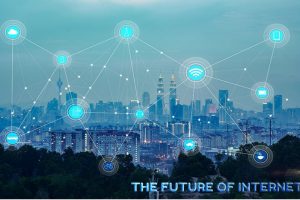 What is The Future of Internet? How Zoom Application Benefited From Covid-19

5 Gadgets That Make It Easier to Stay Home

What is The Future of Internet?